Thanks to falling costs, renewable energy is growing at an exponential rate in the U.S. and across the globe. This creates opportunities not only for on-grid but also for off-grid systems. Planning for the inevitable expansion of renewable energy means taking a thoughtful approach to energy storage to give end-users the seamless backup system they need.

Lithium-ion (Li-ion) batteries to store surplus energy collected by wind turbines and photovoltaic solar panels will emerge as the more reliable, cost-effective choice, especially for the off-grid systems that people will come to rely on in remote, far-flung areas. In the following, we'll explore why. 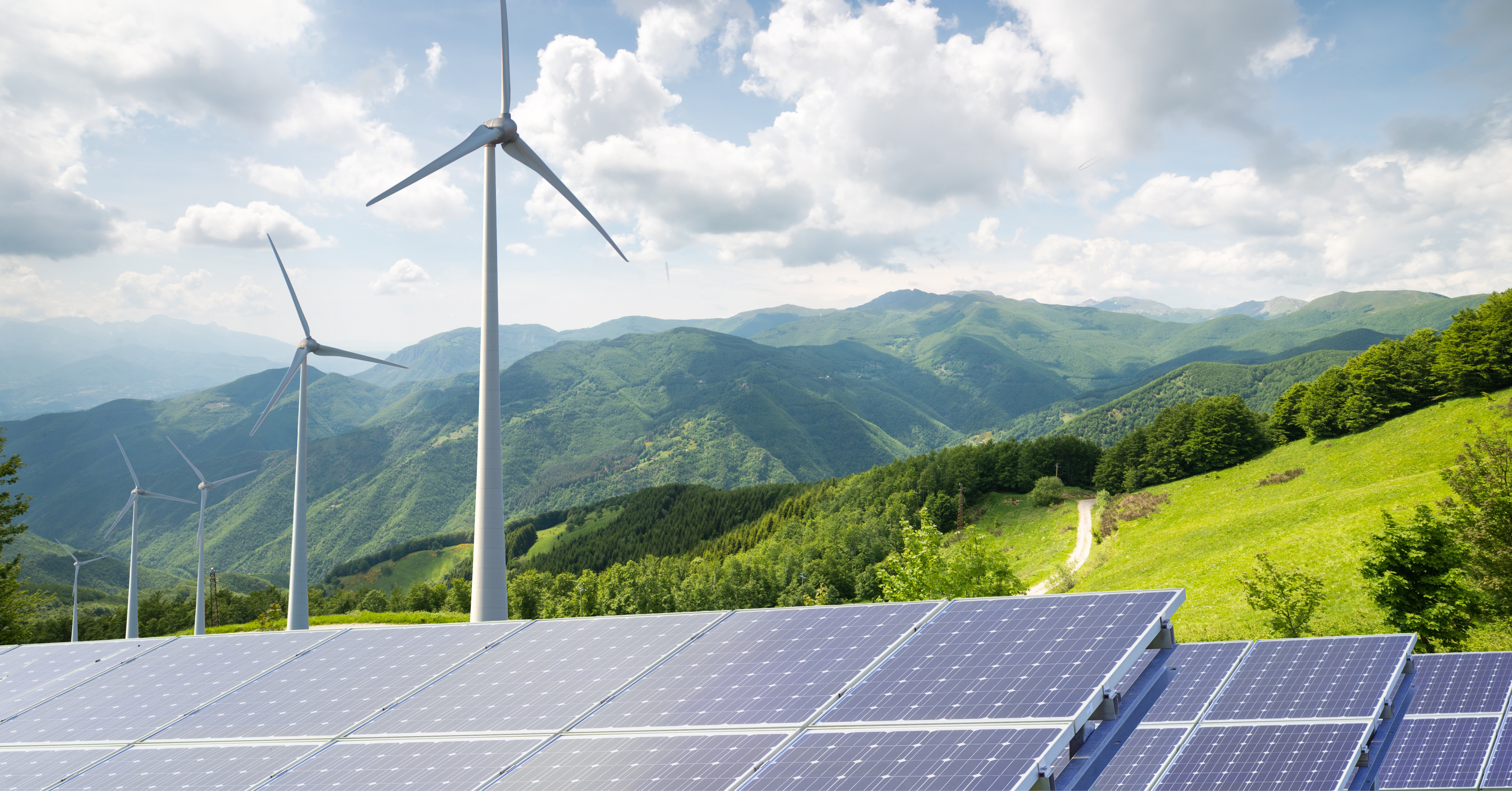 First, a look at exciting trends in renewable energy. Prices are coming down, way down. Between 2010 and 2021, solar photovoltaic energy costs have fallen by 85%, while the costs of wind-generated electricity have been cut about in half, according to findings published by the World Resources Institute.

Without a doubt, these falling materials costs played a big role in helping renewable energy reach a major milestone: For the first time ever, wind and solar were cheaper than coal, both in terms of building and operational costs, the WRI goes on to point out. These lower costs are driving exponential growth in investment in renewable energy, helping it to quadruple within a decade, exceeding expectations, and fueling hope for growth potential.

Another factor in the growth of renewable energy is growing concerns worldwide about global warming, and the effects that burning fossil fuels are having on our climate.

According to Pew Research:

For those willing and able to change and upgrade their homes, renewable energy presents a solution.

Energy storage can't be an afterthought in renewable energy

It's important to acknowledge that the investment in upgrading renewable energy systems isn’t just in the realm of large power companies. Solar photovoltaics transform individual electric consumers into prosumers, meaning, they can now generate and consume their own power at the same time.

That sets up a market for renewables for small-scale and individual use. But how can this work at night when the sun does not shine or on days when the wind is calm? Intermittent energy generation is perhaps the largest hurdle to worldwide adoption of renewable energy. For this reason, backup and remote power systems will play a major role in the expansion of renewable energy. 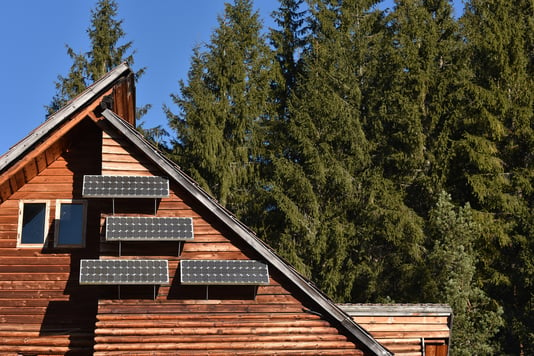 As everyone watches and prepares for the inevitable scale-up of renewable energy, this scale-up has already begun in remote areas with off-grid power systems.

As more people install solar- and wind-powered systems instead of using diesel generators to provide reliable sources of energy in remote areas, high-quality energy storage is critical. One way to accomplish this is by improving and updating these remote power systems by replacing the traditionally used lead-acid batteries with more powerful, maintenance-free, and longer-lasting lithium-ion (Li-ion) battery systems.

When these wind and solar systems are backed up by the more efficient and cleaner energy storage system that lithium-ion technology can provide, renewable energy becomes even more attractive and affordable. Here are some opportunities:

Energy storage and battery selection are important. Because turbines and solar panels can’t collect energy 24/7/365, the challenge is creating a robust and seamless user experience, and that requires being thoughtful in designing an energy storage system. Here are some of the ways Li-ion takes the lead over lead-acid when it comes to choosing a battery system that provides a robust energy backup.

Lead-acid batteries in a solar or wind turbine system last anywhere from two to three years, whereas Li-ion, can last up to a decade or even longer depending on the usage profile.

A Li-ion battery pack comes with a much higher initial investment compared to lead-acid, but when you compare the lifespan and the performances of the two, the Li-ion option provides a lower cost of storage (LCOS) over the lifetime of the system. On top of that, the lack of maintenance requirements adds tremendous value — especially if a solar or wind system is used for critical power or a reliable energy storage system in a remote area. 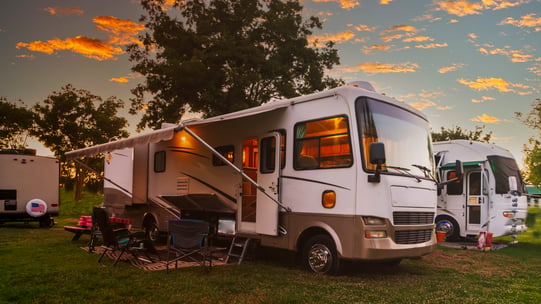 Because the energy density is greater in a Li-ion battery than lead-acid, the result is a lower mass unit that stores more energy in the same footprint. Lower mass, especially if these battery systems need to be lifted and installed on a high platform, makes Li-ion the easier option in terms of storage and labor. It also allows owners of motorhomes to have more autonomous power available in their vehicles, while also saving fuel due to the much lighter lithium battery bank.

In battery systems, the use of inverters that change direct current (DC) to alternating current (AC) is very common to power household loads. These household systems in particular call for hefty battery backup that can handle high power needs of the home. As an example, if the system were to support, say, a home with multiple appliances, you need a power source that can best handle the highest current levels (peak load) when all of these appliances run simultaneously. Lithium-ion batteries are by far more efficient than lead-acid and thus can handle higher currents, providing a storage system that meets the needs of the end-user even with a smaller battery bank.

Because of the nature of renewable energy, this creates an unwanted scenario where the end-user is drawing down an excess of the battery’s capacity due to a lack of sun and wind to recharge the unit. If the discharge of the battery goes to 70% and beyond, that damages the battery and shortens its life. Deep discharging is another area where Li-ion trumps lead-acid. Lithium-ion can handle discharge depths up to 80% higher or more vs. the 50% of lead-acid. Li-ion has a much higher capacity that can be put to work when it’s needed. 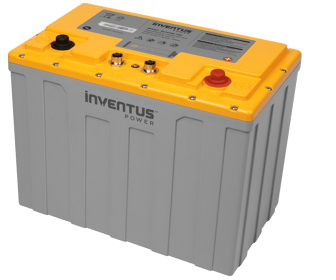 Bottom line: When you compare the capabilities side by side, Li-ion batteries take us closer to the goal of renewable systems: The ability to access low-cos, emissions-free energy from the wind and sun. With no maintenance and no downtime, Li-ion proves a hands-off, reliable storage system that lasts as long as a decade. Store the energy of the sun and wind without having to think about it — that’s the value of Li-ion-powered energy storage.

Looking for a long-lasting battery solution that provides a well-armored backup for your off-grid energy system? Talk to the team at Inventus Power to get started.