Whether it's the response to government regulations or simply a company's own goal of a decreased carbon footprint, business leaders are looking for more energy-efficient technologies. Lithium-ion (Li-ion) batteries play a significant role in this process as they enable equipment to convert from gasoline engines to a cleaner power source. In an MHI guest blog, we'll examine the top reasons warehouses are converting to Li-ion battery-powered equipment, such as increased productivity and a higher ROI.

Europe is in the midst of a rapid conversion to reduce the demand for energy, even in industrial spaces. That’s setting the table for U.S. firms to co-opt some of the energy-efficient power supply systems that original equipment manufacturers are producing for European customers, but for economic reasons.

The European Union has a mandate to make all economic activity carbon neutral by 2050, and an important part of that plan is converting to power sources that are capable of running on lithium-ion (Li-ion) batteries in place of gasoline engines and lead-acid batteries. In 2020, OEMs such as Toyota and Hyster have scaled up production of Li-ion walkie pallet jacks, reach trucks, and other material handling equipment.

Even though the U.S. hasn’t adopted or pursued a national carbon neutral economic policy, industry leaders are looking at these changes with interest. The reason is Li-ion powered equipment provides a host of other benefits that lead to meaningful cost savings for the life of the equipment, which is why we can expect the conversion to accelerate across the globe over the next decade. Though upfront costs are higher compared to lead-acid, the ROI over the life of the battery and the equipment makes the conversion compute. The following is a look at some of the top reasons. 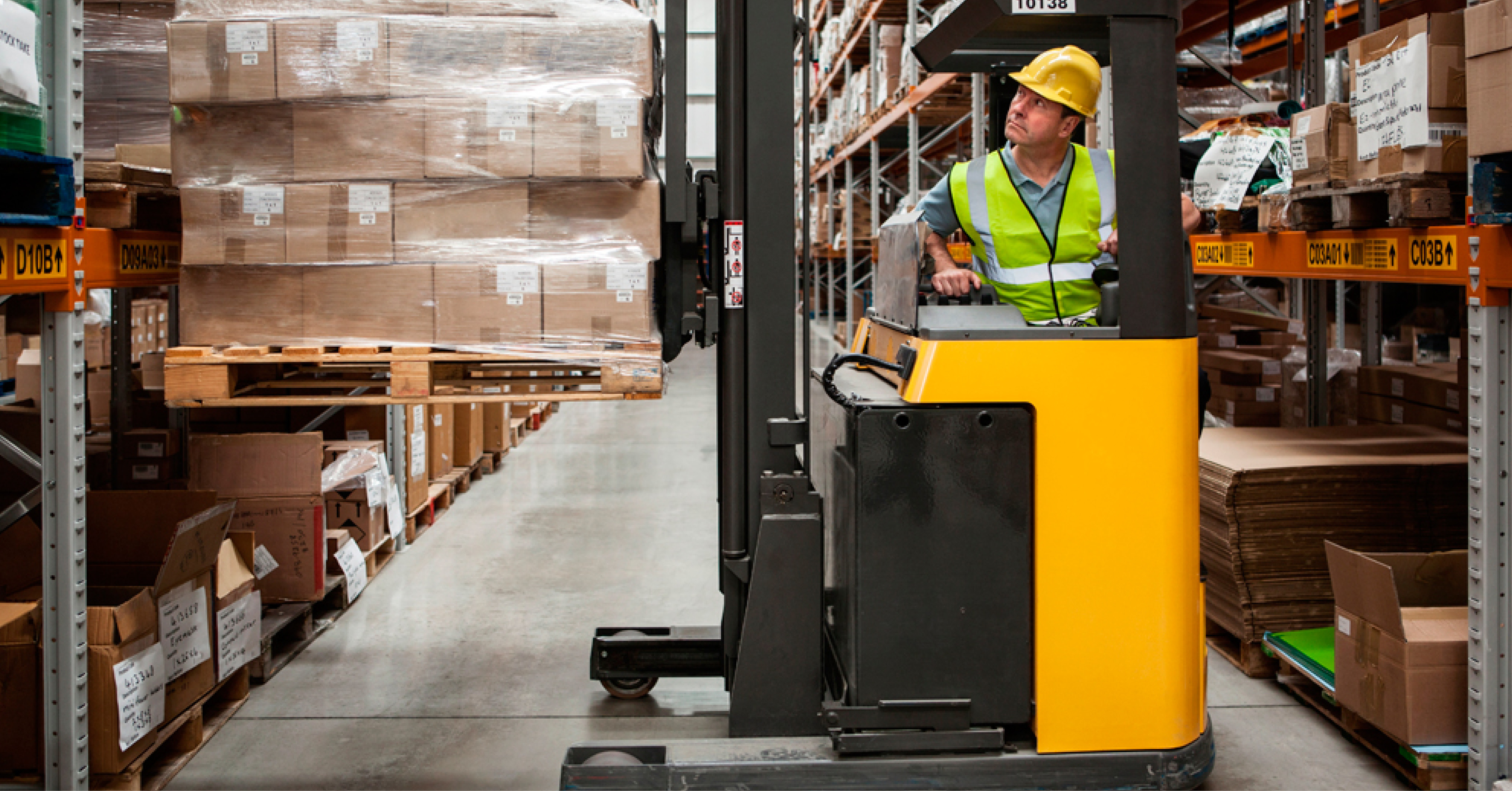 In a warehouse that runs two or three shifts a day, the preferred power source is the one that reduces downtime. Li-ion batteries have a run time of 7 to 8 hours, which is a marked improvement over the 4- to 5-hour run time of lead-acid batteries. Not only does this add efficiency to warehouse productivity, but it also lets operators stay focused on their work — instead of always wondering if it’s now time to head back and swap for a fresh battery.

Li-ion batteries offer warehouses a straightforward plug-and-play solution because they require no watering, no maintenance. Because Li-ion has greater energy density and a longer run time, other maintenance and operation costs begin to shrink in important areas. They’re lighter, more powerful and reduce electricity costs. Also, equipment that replaces the traditional power train with a hybrid hydraulic system that operates off a Li-ion battery results in fewer components, which reduces maintenance and downtime. With a heavy usage seen in warehouse applications, the ROI of Li-ion batteries is sometimes calculated at three times the replacement cost over a five- to seven-year period.

In a leasing context, rental companies can get more ROI from leasing Li-ion powered equipment because the life of the battery often outlasts a typical lease. With some Li-ion batteries lasting as long as a decade, well past the typical 5- to 7-year lease, it’s possible for a rental company to find a next generation user without the need of battery replacement. Consider the other ROI factors detailed above — lower maintenance and battery replacement costs — and the refurbished equipment segment has a significant opportunity to grow.

In a multi-shift warehouse, the pallet jacks and lift trucks need sufficient power supply. When the power source comes from a lead-acid battery, there’s no way for warehouse operators to accurately gauge the battery’s remaining run time. Rather than risk a dead machine, they’ll opt to swap sooner rather than later. Continuous charging and overcharging shortens the life of lead-acid batteries, which starts a process of cascading decay. Almost immediately, the battery will have a noticeably reduced run time, reinforcing the habit of early swapping in the warehouse operator.

Li-ion battery systems are different because intelligent design prevents these issues. First, it’s impossible to overcharge a Li-ion battery because the battery management system cuts off the charge current when the cell reaches full capacity. Second, a battery with a state-of-health (SoH) display can provide visibility on the battery’s overall health, and its maximum capacity compared to its new state. This helps production managers do a better job of planning equipment usage and battery charging during a shift.

Warehouse design is trending toward vertical expansion because horizontal growth means more land acquisition, which isn’t always feasible. Li-ion batteries contribute to the cause of conserving space. Their high energy density, long run time and longer shelf life reduce the need to keep and charge extra battery units on hand to maintain warehouse operations. They also weigh a fraction as much as lead-acid battery systems, eliminating the need to use a special lift system to replace them.

With this savings, Li-ion delivers more ROI versus lead-acid, which effectively cancels and eclipses the price advantage that less energy-efficient machines had at the point of purchase. Though the U.S. has no immediate plans to pursue carbon neutral policies, material handling equipment powered by Li-ion batteries is well worth the investment. At Inventus Power, we specialize in the design and manufacture of Li-ion batteries and continue to expand our market expertise into the material handling sector. Contact us today to learn more.

Home > Inventus Power Blog > The conversion to Li-ion: A high ROI drives the future of this material handling solution