ECN Magazine posed the question to a panel of battery industry experts within the military space, "What are some of the driving forces in military system design that will necessitate improvements in battery technology?" Find out what we had to say. 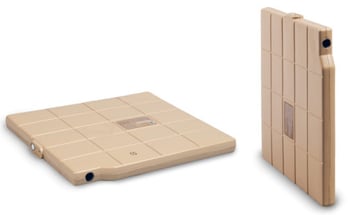 As demand for portable power grows, the U.S. military is looking for cutting-edge technologies to both supply energy and lighten the soldier’s load, necessitating specific improvements in battery technology. Over the last 15 years, the power consumption of warfighters conducting operations has climbed sharply. Troops often carry a variety of gear, requiring energy such as radios, GPS, computers, smartphones, night vision goggles, infrared sights, and counter-IED equipment. The extra weight soldiers must carry is a concern, as troops often haul around 100 pounds of gear on them when they’re out on patrol. An infantry platoon currently carries about 700 pounds of batteries (17 pounds per soldier) for a 72-hour mission.

The DoD has determined this current trend is unsustainable and compounded by too many battery types with differing interfaces. The need for a centralized, wearable power solution is a priority. Small-unit leaders are the base, on which the Army’s networked system is built. With more capabilities comes the need for more power. That need can’t result in placing more weight on our soldiers. Read full ECN Brainstorm