Many portable military electronic devices are used in extreme environments and are designed to comply with the MIL-STD-810 environmental test specification.  The device and battery pack need to survive high or cold temperatures, shock or vibration, or even submersion underwater. Typical devices include handheld radios, laptops and personal protection equipment. Battery packs in these devices serve a critical role, as in most cases, they are the sole source of power. The energy density in these packs are typically as high as possible given the space available, to maximize device run times. This intensifies the need to control and protect the stored energy where a failure could result in catastrophic events such as thermal runaway.

This article presents design considerations and techniques for designing and manufacturing a battery pack that operates in extreme temperatures, absorbs shock and vibration, and maintains a watertight seal. The reader will gain insight into how rugged battery packs can be designed to operate properly in abusive environments. 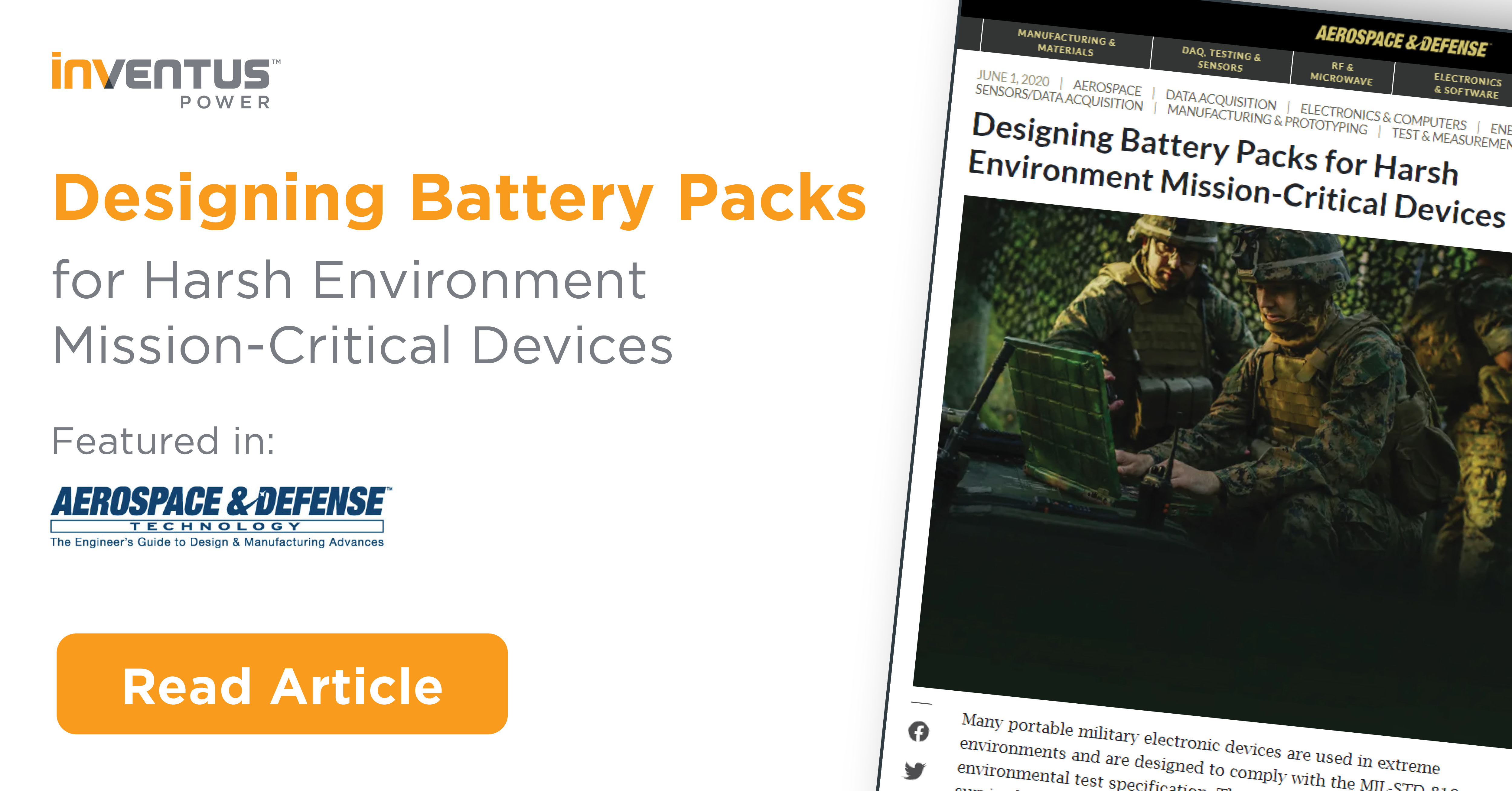