At Inventus Power, we manufacture lithium-based battery packs, chargers and power supplies for a variety of industries, including military & government, medical, consumer electronics, and commercial. While our application experience extends deep within each of these industries, our work within the military market has enabled us to develop power solutions for military needs that withstand the harshest, most physically demanding environments. We are proud that our products keep servicemen and women powered and safe and, in honor of Military Appreciation Month, we would like to highlight a first-of-its-kind product that is critical to a warfighter’s mission success – the Conformal Wearable Battery (CWB). 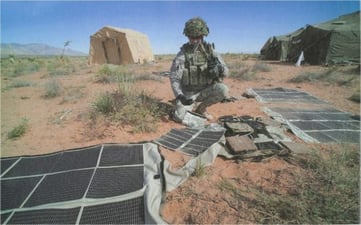 Unlike civilians who may only need one or two devices at a time and can easily access electrical outlets to recharge their devices when needed, soldiers regularly use a multitude of peripheral network devices. Further, they are often in remote and austere environments for extended periods of time without the guarantee of convenient electricity. Because of this, soldiers must be equipped with all the power sources they need straight from the field. Unfortunately, U.S. military standard batteries are bulky, heavy and are not designed to be worn by soldiers themselves. With the number of devices requiring power on the rise, the continued use of these batteries only increases the burden soldiers face and are ultimately impractical and irrelevant in today’s military landscape.

The conformal wearable battery was a result of our mission to deliver soldiers with a sustainable battery pack fit for their extremely demanding and varied environments. Inventus Power’s CWB was the first-of-its-kind brought to market and is the only fielded and proven battery to meet 100% of the U.S. Army’s requirements. But that’s not all. With the development of the CWB, Inventus Power has created more than just a battery. We have invented a battery that has helped improve the overall mission effectiveness of our warfighters by reducing soldiers’ burden, optimizing performance & efficiency and increasing safety & sustainability in battle. 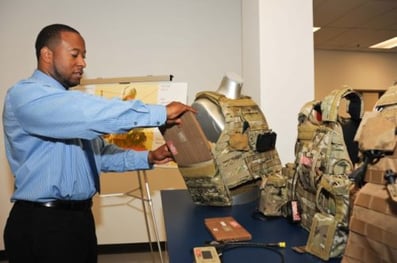 Prior to the CWB, standard U.S. military batteries, including lead-acid and 2590 lithium-ion batteries, were not designed to be worn by soldiers. Not only does the CWB enable soldiers to consolidate all of their battery supplies into one, they now have the ability to seamlessly carry it on their bodies. The CWB easily inserts directly into the outer tactical vest and is capable of powering all of a soldier’s peripheral devices, effectively reducing the soldiers’ burden.

A significant portion of the weight soldiers carry can be attributed to the number of electronic systems; all requiring power sources to operate. At 2.6 pounds the CWB’s lightweight, flexible and improved ergonomic design allows for soldiers to carry more mission control equipment while also maintaining the ability to remain agile and more efficient in the field.

Increasing Safety and Sustainability in Battle 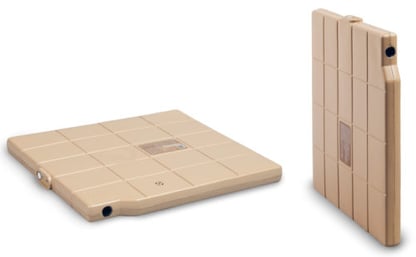 The most important factor of all when designing the CWB, was keeping the safety of all soldiers top of mind. The custom battery solution needed to be able to withstand battle and keep soldiers connected to their devices in the most severe circumstances. Unlike 2590 lithium-ion batteries which can explode if hit, Inventus Power’s CWB is ballistic compliant – not exhibiting a violent cell event for at least two minutes after three ballistic impacts using NATO 7.62 x 39 API ammunition. Further, while other batteries typically only hold their charge for 6-8 hours, the CWB provides 24 hours of uninterrupted power to soldiers. Combined, these features give soldiers the peace of mind they need and ensure increased safety and sustainability in battle.

From all of us at Inventus Power, we thank all of our armed service members for all they do and all the sacrifices they make in order to keep our country safe. We are proud to give back to our country by employing numerous veterans and continually working hard to provide unmatched technology to solve the portable power needs of today’s soldiers and further improve mission success.